Jaffna Kings are set to cross swords with Kandy Warriors in a crucial game of the Lanka Premier League. Kings have only lost one game to Dambulla Giants. Barring that minor blip, they have shown a tremendous amount of consistency in the remaining three games. The batting is looking ferocious with players in red hot form. Captain Thisara Perera has led from the front, while the likes of Shoaib Malik and Tom Kohler-Cadmore have played their part as well. The bowlers have complimented the batters with a clinical display.

Meanwhile, the Warriors finally got their campaign off with a five-wicket win over Galle Gladiators. This came after three consecutive losses. The win should do their confidence a world of good. Their bowlers fared well in the match, with Kamindu Mendis picking up three wickets. Later, Ravi Bopara finished the run-chase of 128 by scoring an unbeaten 34. The bowling has been decent in all games but the batters have let the team down. Even in the last game, the top order failed to get going. The team need to address this issue as quickly as possible.

The pitch at R Premadasa Stadium in Colombo has got better for batting as the tournament has progressed. Scores above 150 are being posted regularly. However, the underlying nature of the surface is slow thus the batters need to be very careful while taking on the spinners. 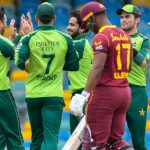 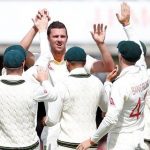