Colombo Stars are set to cross swords with Dambulla Giants in match 11 of the Lanka Premier League (LPL). Giants are placed third on the points table with five points, while Stars are placed fourth with just two points.

The Giants’ last match against Gladiators was washed out due to rain. The Giants batted first and managed to score 159. The team’s batting looks strong with Philip Salt, Najibullah Zadran and Dasun Shanaka in good form. The bowlers though have been slightly on the expensive side. However, the likes of Imran Tahir and Nuwan Pradeep are quality bowlers and will be eyeing a strong comeback.

The Stars are in the opposite spectrum as their batters have failed to get going in the tournament. In their previous game, the Stars’ batters could only score 114 in a steep chase of 207. The batting is a slight concern for Stars, which they need to address as quickly as possible.

The pitch has been good for batting. However, it does get a little slow in the second innings which makes chasing a stiff ask.. 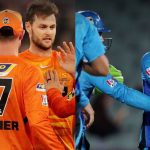 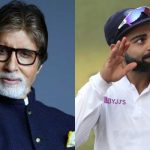