Kandy Warriors will take on Jaffna Kings in match 7 of the Lanka Premier League. The Warriors are yet to get off the mark in the league. They lost both their games against Danbulla Giants and Galle Gladiators by 20 runs and 4 wickets respectively. On both occasions, the Warriors batters failed to live up to the expectations.

Barring Rovman Powell and Ahmed Shehzad, the rest of the batters haven’t contributed. The bowling has also looked off-colour with Lahiru Kumara the only bowler who has looked threatening enough.

The Kings have made a strong comeback after the thumping loss against Galle Gladiators. In their second match, the Kings outclassed Giants by eight wickets and finished a smallish run-chase of 111 in just 12.3 overs. Mystery spinner Maheesh Theekshana’s three wickets enabled an easy victory for the Kings. The team boast of some genuine match-winners like Rahmanullah Gurbaz, Tom Kohler-Cadmore, Shoaib Malik, Wanindu Hasaranga among others. If players can play to their potential, they will be hard to beat.

The wickets have got considerably slow thus batting won’t be the easiest task, especially against the spinners. Chasing will be the stiffer of the two tasks. 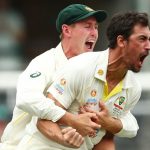