The three-match T20I series against South Africa didn’t turn out to be a good one for Sri Lanka. The hosts lost the series 3-0 and two of their players have injured themselves in the final game. Kusal Perera is one of the injured players and the extent of the injury is likely to rule him out of the upcoming T20 World Cup.

He scored 39 runs and top-scored for Sri Lanka in the final T20I but was clearly seen struggling with his hamstring while running. According to ESPNCricinfo, Sri Lanka’s team physician Dr. Daminda Attanayake has admitted that Perera’s availability for the is hanging by the thread.

He also cleared that the medical team is looking after the left-hander and will get clear idea about the injury by September 23. “The injury is a sprinter’s injury, which can be picked up while running between the wickets. Because of the nature of the injury we can’t do a fast rehabilitation,” Attanayake said.

Meanwhile, all-rounder Lahuru Madhushanka has been ruled out of the World Cup. He fractured his collarbone while fielding in the third T20I. He landed on his left shoulder after diving to stop the ball and was seen in discomfort immediately. Sri Lanka Cricket will have to name the replacement for him now.

The ICC has set the deadline of October 10 to finalise the squads with replacements. In case, Kusal Perera is also unavailable, then Sri Lanka will miss their best T20 batter with 416 runs at a strike rate of 132.21 in the format.

The Dasun Shanaka-led side will play the qualifying round to make it to the Super 12 in the World Cup. They will face Ireland, Netherlands and Namibia in the tournament starting from October 17. 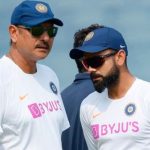 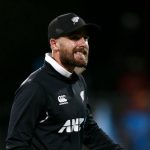