Indian skipper Virat Kohli is a modern day great and has stamped his authority in all formats of the game. Pakistan skipper Babar Azam has also been impressive in recent times and is often compared with the Indian stalwart. Babar is likely to leapfrog Kohli to attain the number 1 position in the ICC ODI rankings for the batsmen.

Babar’s performance in the ODI series against South Africa has once again ignited the debate of who between Virat Kohli and Babar Azam is a better batsman. The latest to join the debate is former Pakistan pacer, Aaqib Javed.

Javed believes that the Pakistan skipper is more technically sound than Kohli as he has no weakness, unlike the Indian stalwart who experiences trouble while facing the balls that swings. However, Javed also reckoned that Babar needs to follow Kohli’s fitness routine and should religiously work on his fitness if he wants to go past Virat.

“Virat Kohli has a better range [of shots as compared to Babar Azam but he also has one area of weakness. If the ball swings, he tends to get trapped around the off-stump such as against [James] Anderson in England,” said Javed as quoted by Cricket Pakistan

“When you look at Babar, you don’t see any weak areas. Just like, [Sachin] Tendulkar who also didn’t have any weak areas. Babar is technically more safe and sound but if he follows Kohli’s fitness routine he will become an even better player. Meanwhile, Kohli can improve his technique by looking at Babar so that he doesn’t get trapped,” he added.

Further, the veteran pacer lavished praises on the 26-year-old saying that he forms 50 percent of Pakistan’s batting and the ‘Men in Green’ are lucky to have him in their side. 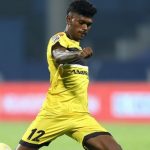 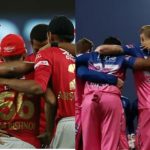