India and Royal Challengers Bangalore (RCB) skipper Virat Kohli has become the first Indian batter to breach the 10,000 run mark in T20 cricket. Kohli was just 13 runs short of the feat and reached the landmark with a booming six off Jasprit Bumrah. Kohli is only the fifth batter to achieve the feat.

The RCB skipper is yet to set the stage on fire in IPL 2021 but with two back to back half centuries, he’s looked like getting back his old form. Kohli joined West Indies’ Chris Gayle and Kieron Pollard, Pakistan’s Shoaib Malik and Australia’s David Warner in the elite list. The Universe Boss, Chris Gayle was the first batter to reach the landmark. Gayle currently has 14,261 runs in T20 Cricket, with 22 centuries and 87 fifties to his name. Among the current set of players, MI skipper Rohit Sharma and Australia’s Aaron Finch is close to getting 10,000 runs in T20 Cricket.

Kohli recently dropped a bombshell and announced he will step down as RCB skipper after the ongoing season. He cited workload management as the reason for his decision to quit captaincy. The team had brilliant outings in the India leg but is yet to hit their strides in UAE. With 5 wins and 4 losses, RCB is placed third in the points table but have lost both their matches since resumption.

Meanwhile, it is still not clear who’ll lead RCB in the next season. Former India cricketer Sanjay Manjrekar, however, named three potential candidates who can be Kohli’s successor. Manjrekar feels Kieron Pollard, Suryakumar Yadav and David Warner can be apt replacements for Kohli.

“I know Pollard is no spring chicken but he is one guy that I feel has the leadership qualities. You should always spot a person from a team that has established leaders. So I pick Pollard as a contender,” Manjrekar said.“Suryakumar Yadav could be one from the auction and David Warner is another guy,” he added. 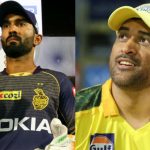 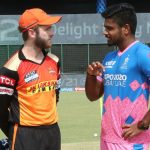