While players from different countries play in several foreign leagues, the BCCI has forbidden the contracted Indian players from participating in such competitions. Even if the BCCI allow their players, the amount of cricket they play, they’ll most probably give such tournaments a skip. However, English skipper, Eoin Morgan has revealed that he knows a lot of Indian players who want to be part of the much-hyped ‘ Hundred’, where each team would get 100 deliveries against each other.

“Just having conversations out here about ‘The Hundred’, I know that there are Indian cricketers out here who would love to play in The Hundred and other competitions around the world,” Morgan told ‘Sky Sports’.

Morgan went on to say that Indian players love travelling and experiencing different cultures and conditions and their participation in the tournament such as ‘Hundred’ will add a huge value to it.

“They love travelling and experiencing new conditions and cultures, and they would add huge value to a tournament like that,” he added.

The T20 leagues have become so popular and rewarding these days that many players prioritize it over their national commitments. England and New Zealand players will undergo a similar situation with their Test series clashing with the schedule of the Indian Premier League. Morgan, who will be leading KKR, reckoned that it’s an area that needs to be sorted out at the earliest.

“It is definitely an area of concern and one that needs improvement going forward because you play against countries and some aren’t able to play their best XIs because they are competing against big leagues around the world,” Morgan told former England skipper Nasser Hussain in a chat. 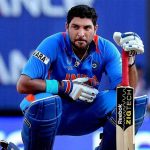 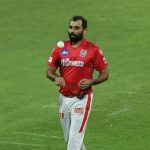