The Board of Control for Cricket in India (BCCI) have reportedly decided to rest a few senior players, including Virat Kohli and Rohit Sharma for the team’s upcoming three match T20I series against New Zealand, which is set to begin on November 17. In the absence of Rohit Sharma, who is most likely to take over the leadership reigns from Virat Kohli in T20Is, KL Rahul has emerged as the prime contender to lead India against New Zealand.

“The seniors would need a breather and it is no secret that Rahul is an integral part of the team’s T20 structure. He is almost certain to lead,” The New Indian Express quoted the source in the know.

Post India’s defeat against New Zealand, Jasprit Bumrah had spoken about the bio-bubble fatigue being one of the reasons for India’s shambolic display in the 20-20 World Cup. India have been in the stringent bubble life since late last year. Bumrah feels a break is important for the team to get energized.

“Sometimes you need a break. You miss your family sometimes. You’ve been on the road for six months. So all of that sometimes play on the back of your mind. But when you’re on the field, you don’t think of all those things. You don’t control a lot of things, how the scheduling goes on or what tournament is played when,” the pacer said.

In another development, fans are likely to return to the stadiums after a gap of 18 months. With the Covid-19 situation significantly easing and more and more people getting vaccinated, BCCI is keen on having fans in the stadiums. “Yes, we will have fans coming in, but it won’t be full capacity. We will work closely with the local authorities and plan the way forward,” a BCCI official said. 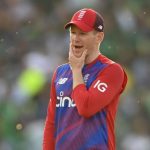 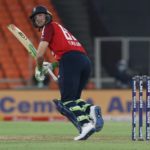