India batter KL Rahul made the right noises on and off the field on Friday (November 5). The elegant batter made a quick-fire 50 off just 18 balls to pave way for an easy victory for India against Scotland in the ongoing 20-20 World Cup. Later, he confirmed his relationship with his rumoured girlfriend Athiya Shetty by wishing her on her birthday.

Rumours of the couple dating have been circulating in the media for quite a long time. It got stronger when Athiya had accompanied Rahul on England tour for the five-match Test series. And now, the Rahul has made it official by sharing a sweet post on Athiya’s birthday. “Happy birthday my love @theathiyashetty.” Athiya turned 29 on Friday (November 5).

Speaking about India’s must-win encounter against Scotland, the Virat Kohli-led side were right on the money and brought on their A-game against the associate nation. The bowlers led by Ravindra Jadeja and Mohammed Shami were clinical with the ball as they bundled out Scotland for just 85. India needed a big win to stay ahead of Afghanistan and New Zealand in terms of net run rate and they managed to do so with a comprehensive win.

India’s opening batters Rohit Sharma and KL Rahul got the team off to a blistering start and put on a 70-run opening stand in the powerplay. The latter was more aggressor of the two as he continued to score boundaries at will. Rahul scored fifty off just 18 balls – the second-fastest for a player from India in the 20-20 World Cup.

The 29-year-old’s blistering knock helped India finish the run-chase with 81 balls to spare- the third fastest in the showpiece event in terms of balls remaining. The Men in Blue have now jumped to third in the points table with four points. India will next be up against Namibia on Monday (November 8). 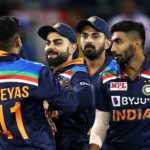 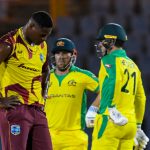