In a major setback to BCCI and IPL, tonight’s match between Kolkata Knight Riders and Royal Challengers Bangalore has been postponed after a couple of players from Kolkata Knight Riders tested positive for the Coronavirus while several other cricketers including Pat Cummins are showing symptoms and have gone into isolation.

A tweet from Cricinfo confirmed the rescheduling of today’s game.

BCCI too confirmed the same and said that RCB aren’t too keen on taking the field against KKR. “Varun and Sandeep tested positive and that made the RCB camp wary of the situation. The game is set to be postponed,” the official said.

As per ANI, Sandeep Warrier and Varun Chakravarthy are the two unfortunates. It is reported that players went to hospitals for some regular checkups and may have picked up the virus from there.

The BCCI had earlier assured the players about their safety thus this outbreak is a massive set back to the organizers. Earlier, several players including the likes of Liam Livingstone, Andrew Tye, Kane Richardson, Adam Zampa, Ravichandran Ashwin pulled out of the tournament due to COVID concerns. 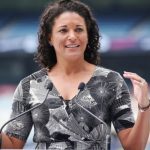