India and South Africa are currently involved in a series deciding Test in Cape Town. Going into Day 3, India were leading by 70 runs, with the loss of their openers. They needed a good partnership to take them to a comfortable position. However, their start to Day 3 has been the worst they could have imagined. The team has lost senior players Cheteshwar Pujara and Ajinkya Rahane inside two overs and are now tottering at 60-4 at the time of writing.

Playing his second ball of the day, Pujara was shellshocked by an absolute blinder by Keegan Petersen of the bowling of Marco Jensen. In the next over, India were jolted by another blow with Rahane departing for 1. Pujara and Rahane are struggling with poor form and questions are being raised on their place in the team. The South Africa series could well be a big setback to their Test careers. With quality youngsters waiting in the wings, it will be difficult for them to retain their place in the team now.

Meanwhile, as soon as the duo departed early on Day 3, Twitter went berserk and started trolling the senior players. Here are the top reactions.

TIME TO BRING AGAIN #PURANE
Thank you pujara and rahane for your valuable contribution for indian team in the past. #INDvsSA pic.twitter.com/TnOLauFCaN

Virat Kohli seeing Pujara and Rahane getting out: pic.twitter.com/rfFcoCbzl8

Meanwhile, India now rest their hopes on Virat Kohli, who will now have to play a big inning if India have to put a challenging total for South Africa to chase. 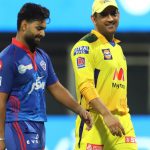 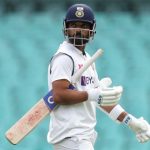