Ahead of the three-match ODI series against Bangladesh, starting from March 20 in Dunedin, New Zealand has been dealt with a massive blow as their ace batsman and skipper Kane Willamson is all set to be rested for the entire series after the injury in his left elbow aggravated. It is learned that Kane is suffering from a small tear in his left elbow tendon since the second half of the summer but somehow managed to get going without any serious problems.

However, seeing no improvement in the injury the management has decided to rest the skipper so that he can go undergo rehabilitation and return to the squad after achieving 100% fitness. The New Zealand team has a long year of cricket ahead and the authorities aren’t willing to take any risk considering they have to play a two-match Test series against England in June 2021 followed by locking horns against India in the final of the WTC.

Speaking about the decision, New Zealand head coach Gary Stead revealed that it was a tough call as Kane loves to represent the country and his contribution to the team across all the three formats is unmatched. “Kane loves playing for his country – so it hasn’t been an easy decision to step back. A batsman’s front elbow is crucial to his game and with the injury not improving it was clear something needed to be done.

“We’ve got a huge year of cricket ahead with an England Test tour and ICC World Test Championship Final first up in May and June [June and July], and we want to make sure we have Kane fit and firing for that,” Stead said as quoted by Cricbuzz. 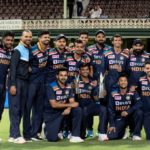