After a long hiatus due to an injury, ace England speedster Jofra Archer is set to return to competitive cricket. The right-arm pacer will take the field for Sussex against Kent in a county game. Following the hand surgery, Archer played a game for Sussex second XI against Surrey second XI, picking up 2 wickets for 102 runs in 29.2 overs. He also impressed with the bat and scored 35 runs in 46 balls in the first inning.

Looking forward to having you back in the squad, @JofraArcher! 🤩🔜 pic.twitter.com/81hM8pczjx

Archer’s last international appearance was in March in the fifth T20I against India. He was struggling with a hand injury and underwent surgery to remove a glass fragment from a tendon on his right hand. Archer had to miss the lucrative Indian Premier League for the same. Archer’s recovery is a massive boost for England ahead of the series against New Zealand and India.

The West Indies born English pacer has been named in the Sussex’s 13 man squad that will take on Kent on Thursday.

“Any team in world cricket would be excited to name Jof (Archer) in their squad for a game. Everybody is aware of his talents,” Sussex head coach Ian Salisbury said in a statement posted on the club’s website.

If selected in the playing XI, this would be Archer’s final opportunity to prove his fitness ahead of the New Zealand series that gets underway on June 2nd. Archer has 178 wickets to his name, at an average of 26.76 in 42 First Class games. For England, Archer has claimed 42 wickets in 13 Tests so far. 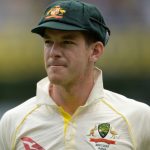