Star England pacer Jofra Archer is likely to miss England’s entire summer. The right-arm fast bowler underwent surgery to fix his elbow and was expected to recover before the India series. However, that has not been the case to be as Archer is yet to hit peak fitness. It is understood that Jofra Archer may have to undergo another surgery with his elbow issue getting worse than anticipated. The England stalwart participated in one of the T20 Blast games but pulled out of the tournament soon after after feeling discomfort in his elbow.

He was also set to feature in the inaugural edition of  ‘Hundred’ for the Southern Brave but had to postpone his comeback due to poor fitness. With ICC T20 World Cup set to be held in Oman and the UAE in October-November, Archer’s slow recovery is a massive setback for England, who are already without the services of ace all-rounder Ben Stokes, who took an indefinite break from all forms of cricket to focus on his mental well-being.

Meanwhile, Archer’s injury is a huge blow not just for England but for his IPL franchise Rajasthan Royals as well. Ben Stokes and Jofra Archer were two key members of the Royals squad and with both of them not available for second leg, the Royals’ campaign looks in jeopardy.

Archer has represented England in 13 Tests in which he has picked 42 wickets at an average of 31.04 with three 5-wickets hauls in it. In home conditions, his performance gets better with 30 wickets in just 8 matches with an average of 26.86. Archer could have made the difference for England in the upcoming Test series against India. He perfectly compliments the duo of James Anderson and Stuart Broad, who rely on swing to outfox the batsmen. Archer, on the other hand, rushes the batsmen with his raw pace. With him out, the England attack looks slightly one dimensional now. 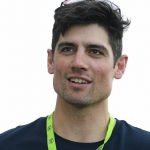 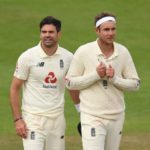