England Test skipper Joe Root is in form of his life. After reaching 8000 runs earlier this year, the right-hand batter now sets his sight for the high-octane five-match Test series against India starting on August 04. The 30-year-old though does not want the rotation policy in place, as he feels a strong core group of players would be necessary in trying to win games against the high-class Indian side.

During England’s 3-1 series loss against India this year, several of England’s key players were sent back home midway due to the England and Wales Cricket Board’s (ECB) rotation policy, which left them with a B string team to face a lethal India.

The five-match series against India will kick off the new WTC cycle and Root feels he needs a full-strength team to tackle India. “We are coming into a period of time now where rest and rotation is put behind us,” Root told ‘ESPNcricinfo’.

“Hopefully, if everyone is fit, we are going to have our best team available for what is to follow. That’s really exciting and something I’m very much looking forward to.”

The right-hand batter does not want to repeat the same mistakes as the last time around and wants to make inroads first up in the crucial WTC series. “We have ten very hard Test matches against two brilliant opposition coming up but it is a great opportunity for us to play some strong cricket and if everyone is fit and available we will have a good team ourselves.” 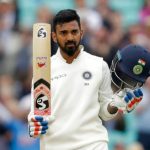 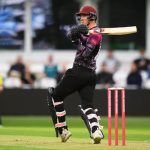