On back of some scintillating performances in the last few months, English skipper Joe Root has surpassed Virat Kohli to settle at the 3rd spot in the latest ICC Test rankings for the batsmen. Kohli, who failed to score a single century in the previous year has slipped to 5th. New Zealand’s Kane Williamson continues to lead the charts with 919 points. Cheteshwar Pujara is the other Indian in the list and is settled at the 7th spot. Meanwhile, Ajinkya Rahane slipped out of the top 10 following his poor show in the first Test against England in Chennai.

Joe Root who’s leading England in the 4 test series has been in top form of late. He has two double hundreds and a mammoth 186 in his last three Test. He stroked a magnificent double hundred in the first Test against India to help the visitors pocket a massive 227 run victory over the hosts. Looking at his form, it’ll be a challenge for the Indian bowlers to halt his Juggernaut. 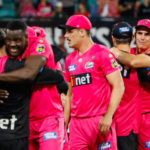 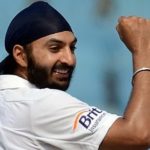