England Test captain Joe Root has spoken on the recent racism scandal at Yorkshire Cricket Club. England batter Garry Ballance and former captain Michael Vaughan came under the scanner for allegedly passing racist comments to former Yorkshire player Azeem Rafiq. The former has been banned by the club from playing cricket, while the latter has been removed by the BBC from the talk show.

Root, who has played cricket for Yorkshire, said the recent incident has degraded the beautiful game of cricket. “In my capacity as England captain and as a senior player at Yorkshire, I feel compelled to address the current situation that has consumed the sport and YCCC,” Root said.

“I just want the sport to be a place where everyone is enjoying it for the beautiful game it is and feels equal and safe. It hurts knowing this has happened at YCCC so close to home.”

Root further opined that racism is intolerable and not accepted at any level. “It’s my club that I care passionately about. I’ve spent a lot of time reflecting. There is no debate about racism, no one side or other. It is simply intolerable.”

“These events have fractured our game and torn lives apart. We must now recover and come back together as fans, players, media, and those who work within cricket. We have an opportunity to make the sport I love better for everyone.

Root concluded by saying that education on matters such as racism is important to prevent such incidents, admitting that he will reach out to YCCC’s new chair Lord Patel regarding the matter.

“We need to educate, unify and reset. I will reach out to YCCC’s new Chair, Lord Patel, to offer support however I’m able.

“We have to find a way to move forward and make sure this never happens again.” 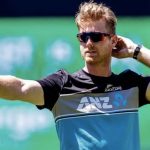 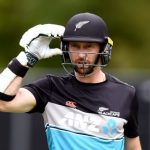