Sunil Gavaskar, the legendary Indian cricketer, believes that Joe Root is a not in the league of Virat Kohli, Steve Smith and Kane Williamson. While he termed Joe Root as a very good player, he said that he is not the best player in the world.

Joe Root has been in red hot form in 2021. The England captain followed his 228 and 186 run knocks in Sri Lanka with another double ton against India in the first Test in Chennai.

Gavaskar was asked if Joe Root is the best batsmen in the world during a discussion on Star Sports to which the former Indian opener replied “ “He is very very good. But I don’t think he is the best batsman in the world. There are four contenders for that and he is amongst the four contenders. But I think he is just a notch below the other three.”

Contrary to Gavaskar, Mark Butcher pointed out that Root is the best player at the moment because of the massive runs he’s scored in the last few matches.

“He is the best player playing right now because the others haven’t got many Test cricket going at the moment. So the form he is in, there is no one better than him right now,” said the former England batsman. 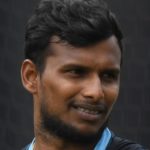 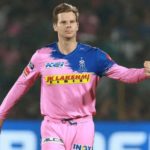