New Zealand all-rounder Jimmy Neesham is always the one who keeps the mood light of the team by remaining upbeat. Also, the southpaw is one of the most active cricketers on social media. His wish to his fellow cricketers or rival players always has some twist. Well, this time too he is back and has taken a cheeky dig at England and their fans, after their bitter loss against Italy in the Euro Cup 2020.

The final between England and Italy went right down to the wire and the winner was determined by the penalty shootout, which the home team lost by a 3:2 margin. Neesham was quick to come up with a witty tweet and posted his tweet on similar lines related to the boundary count rule.

New Zealand had to endure a similar kind of heartbreak when they lost to eventful champions England on the back of boundary count after a tied Super Over. Hence Neesham used this example and tweeted to remind England fans of that night at Lord’s stadium on July 14, 2019. “Why is it a penalty shootout and not just whoever made the most passes wins?” — tweeted the New Zealand all-rounder.

Why is it a penalty shootout and not just whoever made the most passes wins? 👀 #joking 😂

Apart from Neesham, even cricketer-turned-commentator Scott Styris took a dig at England and their fans by posting a tweet on his official Twitter account. The former New Zealand all-rounder went a step ahead and sarcastically said England had more corners than Italy and hence they should have been crowned champions.

I don't understand…. England had more corners …. they are the champions! #Stillsalty 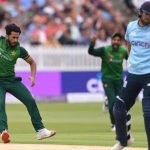 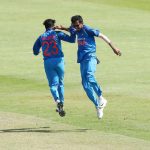