After a staggering show in the 2019-20 Ranji Trophy where he took a record-shattering 67 wickets, playing a key role in Saurashtra’s triumph, Javdev Undatkat had high hopes of making a comeback to the Indian team. However, things haven’t quite gone the way he would have expected as if reports are to be believed, Unadkat’s international career is all but over. The selectors have backed youngsters like Navdeep Saini, Mohammed Siraj, T Natarajan and Unadkat is not in their scheme of things.

Speaking to Times of India, Saurashtra coach and former India pacer Karsan Ghavri revealed that he asked an Indian selector about Unadkat not getting chances in the Indian team despite consistently performing well in the domestic circuit, adding that the selector responded that they think Unadkat is too old to be considered for India again.

“I asked a selector during the Ranji Trophy Final(2019-20) that if a bowler takes more than 60 wickets and has taken his team into the final of Ranji Trophy single-handedly, shouldn’t he be at least picked for India ‘A’. That selector told me: ‘Kadu Bhai, he won’t be picked for India anymore. His name is not even considered by us when we think 30-odd players,” Ghavri said as quoted by Times of India.  “He’s already 32-33. Age is spoiling his case. It has put a full stop to his India career.”

The selector shockingly added that they are keen to invest in a younger player who can serve India for a long time.

“Why should we invest in an older player? We would rather pick a 21, 22, or a 23-year-old player if he’s good, he can serve India for 8-10-12 years. If we pick Unadkat today, how many years will he serve India for?,” the selector told Ghavri.

Incidentally, Jaydev Unadkat, in a recent interview, said that he is at the peak of his career and believes that he soon will make a cut into the Indian team.

“I will be biased if I talk about my selection (non-selection in this case). I genuinely believe that I am in a phase of my career where the next three, four years I will be at my prime,” Cricketnmore quoted Unadkat.

I’ve been taking those wickets as well, it actually proves the fact that I am in a good space and I’m finding ways to get people out on different tracks in different conditions. And because of that, I do believe that my time will come.” 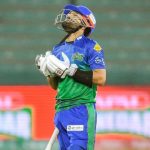 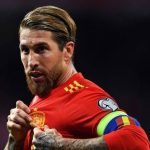