West Indies all rounder Jason Holder landed in Chennai on Monday to join the Sunrisers Hyderabad for the IPL 2021. The all-rounder, fortunately, will not have to undergo quarantine as he is coming into the IPL bubble from another bubble. He was a part of the bio-secure bubble during the Test series between West Indies and Sri Lanka.

The arrival of Holder will boost the arsenal of Sunrisers Hyderabad. They do have several overseas players to pick from, but Holder had a good season with the Sunrisers last time around in 2020. Apart from him, Hyderabad will also have the services of Mohammad Nabi and Rashid Khan.

The West Indies all-rounder was brought into the squad after Australia all-rounder Mitchell Marsh had to pull out of the 2020 IPL midway, because of an injury. The 29-year-old had a successful run with the ‘Orange Army’ and scored 66 crucial runs with the bat, in addition to his 14 wickets from seven matches.

As Holder arrived in the Chennai, the social media team of Sunrisers Hyderabad posted a picture of him with a caption “Welcoming the big man from the Windies, @jaseholder98! #ReturnOfTheRisers #OrangeOrNothing #OrangeArmy #IPL2021.”

The Sunrisers will play their first match against Kolkata Knight Riders on April 11 at the MA Chidambaram Stadium in Chennai. The Hyderabad franchise has set up its camp in Chennai. Interestingly, Marsh was retained by the franchise even after missing the second half of the last season. However, the all rounder pulled out of the 2021 IPL due to personal reasons. Jason Roy has been named his replacement. 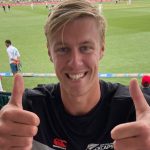 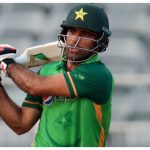