Ravindra Jadeja is an integral member of the Indian squad. He’s a very handy batsmen, a quality bowler and probably the best fielder in world cricket. The all rounder got injured in the first T20 against Australia and missed the final two T20Is and the 1st Test of the Border Gavaskar Trophy. He was back to full fitness for the second Test and made an immediate impact by scoring a valuable fifty and picking up key wickets. In the 3rd test, he batted well in the 1st inning but fractured his thumb which has kept him out of action since then.

Jadeja was set to play a big part in India-England Test series but he’s not fully recovered from the injury. In his absence, Axar Patel has done a magnificent job and picked up three 5 wicket hauls in the four innings.

Ahead of the 4th Test against England, Sunil Gavaskar has commented on Jadeja’s injury. Gavaskar said that Jadeja is concerned about his thumb which is taking longer than usual to recover.

“Jadeja is now wondering what happened to his thumb. He is asking the doctor why his dislocated thumb has taken so long to recover. He got hit on the 10th of January and it is now end of February, for a dislocated thumb to take that long, ooh,” said the former Indian skipper during a discussion on Star Sports.

On the other hand, Graeme Swann, the former England spinner offered Jadeja a spot in England’s playing XI

“I am a huge fan of Jadeja. Seeing how well Axar Patel has done, I think he should go on leave for a week and Jadeja can either come and play for England or can play for India because I think Axar Patel has done enough, for now, we have seen enough of him, haven’t we,” said the former England spinner. 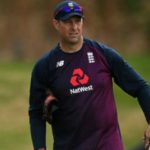 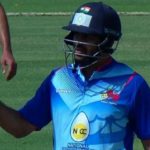