England’s left-arm spinner Jack Leach has opened up about getting frustrated after being left out of the team for the two-match Test series against New Zealand at the start of the summer. He was the best spinner of the team during the winter picking 28 wickets at an average of 31.14 in Sri Lanka. But England opted for an all pace attack in both Tests against the Kiwis.

Leach is again with the squad this time around for the five-match Test series against India starting August 4 and will compete with Dom Bess for a place in the XI who also played in a couple of Tests in India. It remains to be seen if Leach gets a chance in the first Test match against England.

He revealed that he expressed his disappointment to the head coach Chris Silverwood, who is a also a selector, over his omission. While Leach understands that the team balance is the most important thing, his unhappiness is all about not getting the game time at the highest level especially at home having last played in England during the 2019 Ashes.

“I think I said to Spoons it was frustrating, because I want to be playing as many games as possible at that level. I guess the thing I’ve struggled with over the past couple of years has been that momentum of playing games, and feeling like you’re learning from those experiences.

“You can do as much as you want in the nets, but you want to put that into a game situation. There are things you don’t get in the nets that you only get in games. That was the frustrating thing. I understood it from a team point of view, in terms of the balance of the team. If it had been three seamers and a spinner, that would have been the first time I’d have played in that balance of team.

“Even at Somerset we’re playing with four seamers, and even a batter who bowls seam, Tom Abell, or Tom Lammonby, who bowls left-arm seam. From the point of view of just playing games, I was frustrated not to play, and they were wickets I felt I could have had a positive impact on the game,” he said according to ESPNCricinfo. 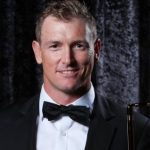 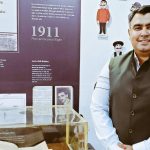