India will be pleased with their performance in the 1st ODI where they defeated England by 66 runs. However, ahead of the 2nd ODI, they’ve been jolted with the huge blow as Shreyas Iyer has been ruled out of the ODI series. If reports are to be believed, Iyer could also miss the first half of the Indian Premier League. The development came after Iyer dislocated his shoulder in an attempt to save a boundary in the 1st ODI. Iyer’s loss is a massive blow to Delhi Capitals who will now have to look for an alternative captain. Iyer was extremenly impressive in the previous season of the Indian Premier League and took Delhi Capitals to their maiden final.

“In medical terms, subluxation of the shoulder means partial dislocation and can be fixed in two-three weeks, but that would mean the risk of reoccurrence. If the scans are not good, one requires surgery too, which means two months off,” a sports medical expert was quoted as saying by Hindustan Times.

With Iyer not available, we could see Suryakumar Yadav making his ODI debut for India. Kohli could also bring in Rishabh Pant and ask KL Rahul to bat at 4. While the chances of Shubman Gill getting a game looks grim, he could make a cut into the team if Rohit too is not cleared to play. The second ODI will be played on March 26 at the same venue.
While Delhi have plenty of good options to replace Iyer as a skipper, Steve Smith, Shikhar Dhawan and Ravichandran Ashwin will be among the front runners to take over the captaincy reigns. 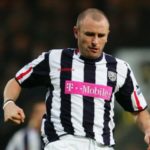