Australia batter Usman Khawaja has backed incumbent head coach Justin Langer to be with the team till Ashes 2021-22 and asked the players to stop underestimating him. Langer has come under some stern criticism from the players due to his tough style of coaching.

Worst, it has also affected Australia’s performance as they have lost two away series in West Indies and Bangladesh. With an upcoming ICC T20 World Cup and Ashes scheduled later this year, Khawaja feels players are backstabbing Langer rather than supporting him.

“How do you think JL feels?” Khawaja asked on his YouTube channel. “He probably feels like the guys in the team are stabbing him in the back, and that’s what it looks like.

That’s why it’s so disappointing. It’s actually a really bad look. This is something the group needs to sort out ASAP.”

Relations became sour between Langer and the players after the team’s shock 2-1 loss against India in January 2021. From that point, Cricket Australia (CA) is desperately trying to bring parity to the situation. It had also conducted a review meeting, but it seems things have got even trickier. Khawaja feels it’s not Langer’s fault entirely and the players have to take the responsibility too.

“Let’s put it into perspective here. It’s not always 100 percent the coach’s fault. The guys aren’t performing, the players have to take onus too at some stage. The guys have to perform better and at end of, the day it’s not just one person, so I think there needs to be some sort of perspective put around this too.” 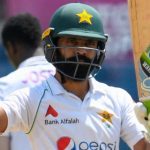 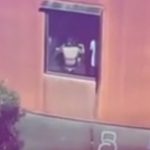