The World Test Championship final was a sorry tale for Virat Kohli’s men but they have a lot to look forward to. They will be up against England, a very strong competitor in their home conditions in a five match Test series. A series win over England will be a massive boost to their confidence and an opportunity to reinforce their dominance in Word Cricket. It will also be a perfect start for the next cycle of the World Test Championship and a chance to reclaim the No 1 ranking in Tests.

“They beat Sri Lanka 2-0, beat Pakistan, West Indies and South Africa last year. They went to India, won the first Test brilliantly, Joe Root got a double century. Three days later, they started rotating and from there on I don’t think they have been able to grab the team. Tactically, they got it completely wrong. You go back to that day-night Test in India, it was played on a beach and England went in with four seamers and one spinner,” said Vaughan on the Road to the Ashes podcast.

Vaughan further highlighted how poor England have been in recent times in terms of team selection. The 46-year-old pointed out that England did not play a spinner against New Zealand despite the dry conditions.

“You, know this series against New Zealand, it was dry for a week leading into that first Test at Lords (and England) played no spinner. Exactly the same at Edgbaston, didn’t play a spinner. And the batting line-up is fragile, it’s simple as that,” Vaughan said.

England rested their IPL bound players for the New Zealand series. All of them, however, will be back for the India series. Vaughan reckoned while the return of big players will strengthen the side, unless the batsmen understand how to score big runs against a quality attack, England will struggle to beat India.

“Buttler, Stokes and Woakes have come back. Yes, they’ll improve the team, but unless that batting line-up changes and learn and understand how to get big scores against good bowling, and not against second-string Test match standard bowling, I just can’t see how they can compete. It’s going to be tough for England to beat India on these shores. But then to go to Australia and they have to get 450-500, I just can’t see that happening unless they make one or two changes,” Vaughan added. 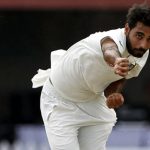 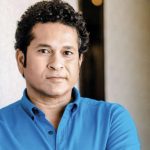