After scoring his fifth Test hundred, Bangladesh all-rounder Mahmudullah shook everyone by announcing retirement from the red-ball format. He conveyed his message to his teammates on Day three of the one-off Test against Zimbabwe.

The all-rounder copped a fair bit of criticism for not converting his starts into something substantial, especially in Test format. He was neither part of the original squad in the Test setup. He flew in as a replacement of Tamim Iqbal and Mushfiqur Rahim and cashed in on the opportunity by scoring an unbeaten 150.

He truly announced his return in Test setup after 18 months in style, but now this sudden news from Mahmudullah has taken Bangladesh Cricket Board (BCB) officials back.

Apparently, as per reports by ESPNCicinfo the BCB president, Nazmul Hassan is extremely disappointed by this news from the all-rounder and feels this will have a negative impact on the team members.

“I have not been informed officially but someone called me on the phone and said he doesn’t want to play Tests anymore,” Hassan was quoted as saying by Bengali daily Prothom Alo.

“Apparently, he told the dressing room. I think it is highly unusual since the match isn’t even over. I think he did it from emotion. Such an announcement will have a negative impact on the team. It is unacceptable. I have no problem if someone doesn’t want to play, but there is no need to create a mess in the middle of a series.”

The BCB president also stated that Mahmudullah’s desire to play all three formats before selecting the squad for the Zimbabwe tour. He further concluded by saying that only time will tell, whether the all-rounder sticks to the final decision which he made. 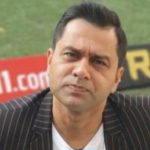