Cricket Ireland has announced the new schedule for their white-ball series against Zimbabwe. Notably, the series was postponed a fortnight ago due to COVID-19 protocols in Ireland. Now the series will get underway on August 27, with the teams clashing in the first T20I. The other four 20 over games will be played on 29 August, September 1, 2, and 4. The teams will also cross swords in 3 ODIs starting September 8, which will also serve as 2023 World Cup qualifiers. The ODI series will be part of the World Cup Super League.

Cricket Ireland’s High Performance Director Richard Holdsworth said: “In order to meet quarantining requirements in both jurisdictions, the visiting side will spend the first 10 days of their tour training and playing in the Republic under bio-secure protocols, then the two sides can then move to Northern Ireland to complete the series.”

Ireland had a decent series against South Africa at home and head coach Graham Ford is confident of delivering another decent performance against Zimbabwe.

He said: “I think the squad reinforced their character, toughness and commitment during the South Africa series, but there were some lessons that the players took away — very simply, we have learnt that we need to improve in all departments of the game in both formats to compete consistently at the highest level.

“As for the T20I series against the South Africans, while T20s can be a bit of a lottery, if you do not start each innings well the challenge of the game grows dramatically. Brave and courageous options are required at times, but if the options do not work it is hard to recover in the limited time available. Unfortunately, we found ourselves in that situation in each game — particularly in the early power plays. It is an area we need to continue to work on.

“Zimbabwe have played excellent cricket recently and have a lot of players in good form at the moment, however once again we will go into the series looking to improve in all departments and not over-complicating things.” 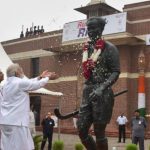 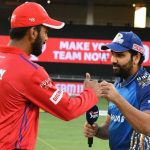