After a thrilling start to the IPL 2021, the caravan moves to Mumbai where Chennai Super Kings will lock horns against Delhi Capitals at the Wankhede Stadium. Both teams had contrasting results in the previous edition of the T20 extravaganza. While Delhi Capitals reached their maiden IPL final, Chennai Super Kings were knocked out in the league stages itself. However, with Suresh Raina back and some new faces in the squad, the ‘Yellow Brigade’ is expected to fair better.

The primary cause of CSK’s miserable show was the poor form of their batsmen. Shane Watson was past his prime while the likes of MS Dhoni, Kedar Jadhav and Ambati Rayudu failed to make an impact. Faf du Plessis, Ruturaj Gaikwad and Sam Curran were the only positives in a rather humiliating season.

CSK will be hoping for a turnaround in the 2021 season but for that, their batsmen need to fire. The surface in Wankhede is one of the best wickets to bat thus the CSK batsmen will be looking to get some early momentum into the tournament. However, it might not be easy considering the quality of the Delhi Capitals bowling line up. Despite Kagiso Rabada and Anrich Nortje not available for the 1st game, Delhi have the likes of Ishant Sharma, Ravichandran Ashwin, Amit Mishra, Umesh Yadav and Chris Woakes available at their disposal.

After impressing in the latter stages of IPL 2020, Ruturaj Gaikwad is most likely to open with either Robin Uthappa or Faf du Plessis. Suresh Raina will play at three with Rayudu, Dhoni, Jadeja and possibly Moeen Ali to follow. 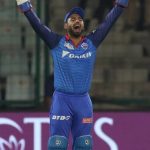