The results might say that India have won three out of the four white-ball matches against Sri Lanka in the ongoing tour, the hosts, though, have had their moments but the lack of experience and inability to capitalize on crunch moments have cost them the games. The likes of Avishka Fernando, Charith Asalanka, Chamika Karunaratne have given glimpses of a bright future ahead. However, one man that has been consistent for Sri Lanka during this massive slump has been their all-rounder, Wanindu Hasaranga.

During the West Indies and England tour, Hasaranga emerged as the standout performer from the visitors’ camp and made important contributions with both bat and ball. He played a pivotal role in Sri Lanka’s win in the final ODI against India.

Legendary Sri Lanka spinner Muttiah Muralitharan is mighty pleased with Hasaranga’s evolvement and feels that an IPL contract awaits the all-rounder in the next season, should he put his name in the hat. Muralitharan, however, feels that it would be tough for Hasaranga to get game time in IPL owing to the limit of just four overseas players in the playing XI.

“IPL franchise should look at him. But the problem is if it’s a local player, he walks into the side. But if it’s a foreign player, you have to see which franchise wants a foreign spinner. It’s a tricky thing. They will buy him but playing him is something that will not be easy for a franchise. Because some franchises look mostly at Indian spinners rather than foreign spinners,” Muralitharan said in a chat on ESPNCricinfo.

“He will get a launch and if he gets a game or two and performs, then he will be a regular player. He bowls well in T20s most of the time. In shorter games he is a very good bowler,” added the 49-year-old.

Notably, IPL 2022 will be a 10 team event which means more players will have an opportunity to feature in the T20 extravaganza and it will be interesting to see if any franchise rope in the Sri Lanka all-rounder. Hasaranga being a spinner can be handy in conditions like Chennai thus CSK could be one of the teams that might be interested in Hasaranga. 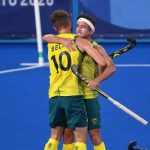 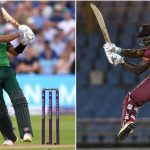