The much-awaited 14th edition of the Indian Premier League (IPL) will resume on 19th September 2021 in the deserts of the United Arab Emirates (UAE). Chennai Super Kings will take on the Mumbai Indians when the second phase of the IPL gets underway next month. The IPL season was earlier suspended in May due to the Covid-19 pandemic.

Also, it has been confirmed that England players will be taking part in the IPL, with the England and Wales Cricket Board (ECB) stating that it has no objection to the players participating in the Indian T20 league.

England will also be touring Pakistan for a short two-match T20I series that will take place on 13th October and 14th October 2021. However, the team will be without their key players as most of the players have given preference to the Indian T20 extravaganza.

“We have got a call from the IPL office and have been informed that the boards have no objection to their players’ participation. It is now up to the players. Our Australian and English players (Jason Behrendorff, Sam Curran, Moeen Ali) are available,” said Kasi Viswanathan as quoted by Cricbuzz.

Also, New Zealand is set to tour Pakistan in September. However, the Kiwis will tour without their big guns who will be part of the IPL. The limited-overs series between New Zealand and Pakistan is slated to be played between 17th September and 3rd October 2021. 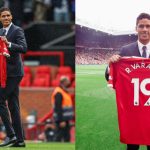 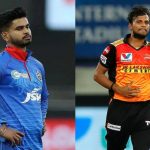