The second round of the IPL auction saw Punjab Kings, Delhi Capitals and Royal Challengers Bangalore going all guns blazing after Jhye Richardson. The Aussie pacer was the leading wicket taker in the recently concluded Big Bash League and was predicted to draw a huge bid. He was sold to Punjab Kings for an eye-popping 14 crores, almost 9 times more than his base price of 1.5 crores.

Mumbai wanted a backup pacer for Jasprit Bumrah and they got a great deal in Adam Milne at INR 3.2 crores. Nathan Coulter-Nile also went to Mumbai Indians who bought him for INR 5 crores. Piyush Chawla was the only spinner sold in round two. Again it was Mumbai who bought him for 2.4 crores. Umesh Yadav went to Delhi Capitals at his base price of 1 crore while Mustafizur Rahman was sold to Rajasthan Royals for 1 crore.

Glen Phillips, Alex Carey Sam Billings, Kusal Perera and Mujeeb ur Rahman  were some of the prominent names that couldn’t attract any bidders in round 2.

The most surprising bid from round 3 was of Riley Meredith who was sold to Punjab Kings at 8 crores, 20 times more than his base price. Punjab Kings and Delhi Capitals battled hard to get Meredith in their squad but Capitals had a limited budget while Punjab had plenty in their kitty.  The battle was always going in favour of Punjab. Another bid that attracted a lot of eyeballs was of Krishnappa Gowtham who was sold to Chennai Super Kings at 9.25 crores. That’s staggering considering that Gowtham had a base price of 20 Lakh. But Chennai was looking for an off spinning all rounder and Gowtham has been a consistent performer in the IPL.

Shahrukh Khan was sold to Punjab Kings at 5.25 crores after an intense battled with Delhi Capitals and Royal Challengers Bangalore. Also, Vishnu Vinod went to DC at 20 lakh, Sheldon Jackson was bought by KKR at 20 lakh, Mohammed Azharuddin was sold to RCB for 20 lakh, Lukhman Meriwala drew a bid of 20 lakh from DC, RCB Purchased Sachin Baby and Rajat Patidar at their base price of 20 lakhs, Chetan Sakariya earned 4 times more than his base price and was sold to RR at 1.2 crores, M Siddharth went to DC for 20 lakhs, Jagadeesha Suchit was sold to SRH for 20 lakh and KC Cariappa earned a bid of 20 lakhs from RR. 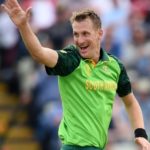 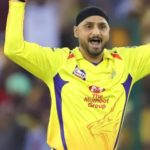