Chetan Sakariya is an inspiration to many. The 23-year-old went through a lot in his personal life in the last few months, yet when the pacer stepped on the park to play his first IPL game, he showed no signs of nervousness or pressure and delivered a remarkable performance.

Sakariya emerged as the most successful bowler from both teams. He returned with figures of 3-31 in an innings that saw Punjab post a mammoth 221-6. Lavishing praises on the youngster, Virender Sehwag compared his temperament with that of Ashish Nehra and Zaheer Khan. The former Indian opener also lauded his fearless approach.

“I’ve heard his name, even saw him bowl in domestic games but didn’t expect that he would bowl so well. You face different batters in the domestic circuit, but in IPL, you come across big and renowned batsmen. We got to see his temperament. He was fearless. Zaheer Khan and Ashish Nehra always say that as a bowler, you should never be scared of getting hit for a boundary. Until you won’t get hit, you cannot learn and pick wickets. So, I think, he [Sakariya] exhibited that kind of temperament.”

Sakariya was roped in by the Royals for 1.2 crores in the IPL auction. Last year, the pacer was a net bowler for Royal Challengers Bangalore and was also part of the Saurashtra team that won the Ranji Trophy in 2020. Sakariya was on a roll in the Syed Mushtaq Ali trophy that was played earlier this year and picked up 12 wickets in five games at an astounding economy of 4.90.

Despite his efforts with the ball and a masterclass from Sanju Samson, Rajasthan Royal couldn’t get over the line and lost the match by 4 runs. 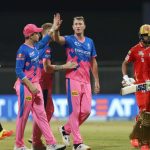 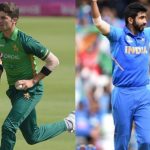