Delhi Capitals (DC) lost to Royal Challengers Bangalore (RCB by just one run in match 22 of the ongoing Indian Premier League (IPL). Chasing 172, the Capitals had two set batsmen going into the last over but Mohammed Siraj bowled an exceptional over to win the game for his team. After the loss, both Rishabh Pant and Shimron Hetmyer were dejected.

Pant in particular was not happy with himself as he churned out 8 runs off the last two balls when they needed 10 runs to win. It was an indifferent knock from the DC skipper as well scoring 58* off 48 balls and didn’t look at his best on the day. The fact that the Capitals got close was due to Hetmyer who slammed an unbeaten 53 off just 25 balls.

Understandably, Pant was dejected after the loss and was seen consoling by the opposition players after the match. RCB skipper Virat Kohli was at the forefront of it all and he was then joined by Mohammed Siraj later. They were seen speaking to the youngster and consoled him as well.

Virat Kohli and Rishabh Pant then were also being involved in a light-hearted conversation as well which must have definitely made the latter feel better. The pictures of the RCB duo consoling Pant went viral on social media as the fans praised the players for their camaraderie and their gesture.

Chin up, Rishabh Pant. Who better than Captain Kohli to tell you, it’s all a part of the learning. ❤️#PlayBold #WeAreChallengers #DCvRCB #IPL2021 pic.twitter.com/j10Iz3vBPk

AB de Villiers, meanwhile, was the hero for RCB for the umpteenth time. On the back of his 75-run knock, they managed to post 171 runs on the board and the score turned out to be just enough in the end. The way he smashed 23 runs in the last over proved crucial and deservedly, the former South Africa skipper won the Man of the Match award as well. 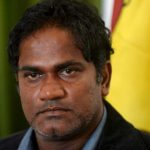 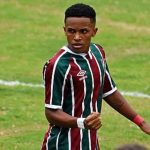