Royal Challengers Bangalore (RCB) will once again take the field on April 9 in the opening game of the 14th edition of the Indian Premier League (IPL) under Virat Kohli’s captaincy in search of that elusive title. Kohli himself will be itching to lay his hands on the trophy after coming close so perilously close to winning it in 2016.

However, since then, the team hasn’t performed to the expectations and they could make it to the playoffs only once, in the 2020 edition. But with renewed hopes and a few exciting additions to the team, RCB will be hoping to go all the way. Virat Kohli himself has got a few milestones to cross and another good season will make sure, he adds a few more records to his name in the upcoming IPL season.

Here are few records which Virat Kohli can create of break in IPL 2021:

200 – Virat Kohli has played 192 matches in the IPL only for RCB. He needs to play only 8 matches to become the first-ever cricketer to play 200 matches for a single IPL team.

5 – Virat Kohli has scored 5 centuries in his IPL career so far which are the second most. Only Chris Gayle has more tons than him and the RCB skipper has a chance to equal the Universe Boss in this aspect or even go past him during IPL 2021.

155 – Virat Kohli has 2345 runs to his name as an opener in IPL in 61 outings. He needs only 155 runs to become the first player to score more than 2500 runs in IPL at two different positions. The 32-year-old has already aggregated 2696 runs in 86 innings while batting at number three. 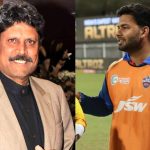 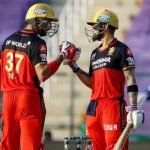