If reports are to be believed, the Indian Premier League 2021 will be played between April 9 and May 30, across 6 venues. According to the indiatoday.in sources, Ahmedabad, Chennai, Bangaluru, New Delhi, Kolkata and Mumbai will host the 60 match cricket extravaganza. All the matches will be played in the biosecure environment. The 2020 edition of the IPL was held in UAE amidst the growing concerns of the Coronavirus in India but the BCCI was keen on hosting the next season in India.

While there is no update on allowing crowds, BCCI president Sourav Ganguly was hopeful of having fans in the stadium.

“This year it is going to be big. We’ll see if we can get crowds back into the IPL. That’s a decision we will have to take shortly,” said Ganguly post the IPL auction.

BCCI allowed 50% crowd to be present in the ongoing India-England series and it seems that the IPL 2021 will also see the fans cheering for their favourite teams from the stands. The squads were finalised after a mini auction that was held n 18th February. Players like Kyle Jamieson, Glenn Maxwell, Jhye Richardson were some of the biggest buys of the auction. 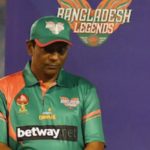 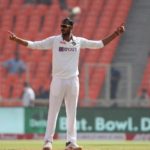