Indian Premier League is not just any cricket tournament, it’s a festive season in this cricket crazy nation. With the T20 extravaganza just days away, all teams are sweating hard to fine tune their preparations for the mega event. Giving a glimpse of their practice session from Day 1, Sunrisers Hyderabad shared a snazzy video.

In the video, the players can be seen having light hearted chats, some were seen doing warm up exercises while others played football before switching to the cricket mode.

Sunrisers Hyderabad had a decent 2020 edition of the Indian Premier League where they finished third, after losing to Delhi Capitals in the Qualifier 2. The David Warner led side recently signed England opener Jason Roy as a replacement to Mitchell March, who pulled out of the IPL citing personal reasons. The swashbuckling opener was in fine form in the limited over series against India and got the visitors off to blistering starts on most occasions.

Earlier, SRH skipper David Warner, who recently arrived in India, asked the fans to suggest some ideas on how to spend time during quarantine.

“I have just woken up after a massive, massive sleep. Arrived yesterday afternoon here in Chennai. Got, I think, six or seven days to get through the quarantine. I need some ideas, please comment below. Give me some ideas. Whether it’s some funny stuff, silly stuff, whatever it is. Please comment below. Netflix shows anything. I need something, please. Thank you,” Warner said in the video.

Warner has a stellar record in the IPL and has amassed 5,254 runs in 142 games. He led the ‘Orange Army’ to their maiden title win in 2016, with the southpaw scoring a staggering 848 runs. In each of the previous six seasons, Warner has amassed more than 500 runs. His numbers stood at 548 runs from 16 games at a strike rate of 134.64 in the previous season.

SRH will take on KKR on April 11 at the MA Chidambaram Stadium in Chennai in their tournament opener. 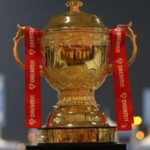 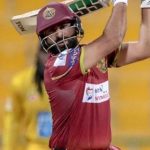