Sunrisers Hyderabad (SRH) and Rajasthan Royals (RR) will battle it out in Match 40 of the Indian Premier League (IPL). The former find themselves in a spot of bother having won only one game of the nine they have played so far. Hyderabad thus have ended their possibilities of qualifying for the play-offs.

Whereas, Rajasthan Royals are placed seventh in the points table. The team has secured four victories from the nine games they have played. They started their UAE leg on a high note by securing victory over Punjab Kings in a thriller encounter. RR even got to a good start against the in-form Delhi Capitals (DC), restricting their powerful batting line up to 154. However, they couldn’t take the momentum further as apart from Sanju Samson, no other batter held fort for the side, handing DC a win by 33 runs.

Heading into this match, victory will be pivotal for both teams. Hyderabad will be determined on improving its position in the points table. On the other hand, Rajasthan will aim to gain victory and keep their hopes for the play-offs alive.

Both spinners and pacers might get assistance from this pitch due to its slow nature.  The long boundaries of Dubai International Cricket Stadium might make it a bit difficult for the batters to score quick runs.

The Bangladesh pacer put up a good show with the ball in the last match against Delhi. He conceded no boundaries in his spell and gave just 22 runs while scalping two wickets. He will have his spirits high to perform well for his side in the upcoming game.

Captain Sanju Samson was the lone warrior for Rajasthan in the previous game. RR’s batting line-up experienced a collapse and no batter provided enough resistance. Samson stood firm at one end and played a belligerent knock of unbeaten 70 runs. His innings included as many as eight fours and a six. His contributions will be very important for Rajasthan going ahead in the tournament. 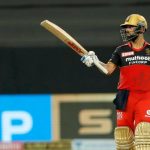 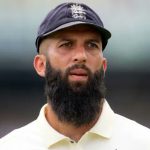