Among the most consistent teams in the history of the Indian Premier League are the Sunrisers Hyderabad. They never had a plethora of match-winners in their team but they have utilized their resources to full effect. One of the main reasons for their successful run in the IPL is a balanced bowling attack. They have a great new ball bowler in Bhuvneshwar Kumar, T Natarajan is a death over expert and no one can doubt the abilities of Rashid Khan, the magician. As a batting unit, SRH is a top-heavy team and will look up to the likes of David Warner, Jonny Bairstow and Kane Williamson to do the bulk of the scoring. The middle-order can be vulnerable as Manish Pandey and Kedar Jadhav haven’t played a lot of cricket of late. However, the young guns, Priyam Garg and Abdul Samad showed enough promise in the previous edition.

Talking about Eoin Morgan’s Kolkata, they too have a decent squad but there are few areas of concern that they need to sort out before the game. Shubman Gill batted well in the 2020 edition but KKR would want him to be a little more aggressive. The form of Eoin Morgan, Andre Russell and Dinesh Karthik is also a cause of concern. They also will have to make a tough call and select one between Shakib Al Hasan and Sunil Narine. Kuldeep’s form will most probably keep him on the sidelines while one among Varun Chakravarthy and Harbhajan Singh is expected to be the second spinner.

Pitch and Weather Report – The match will be played at the MA Chidambaram Stadium in Chennai. The surface should offer some turn to the spinners and the slow nature of the wicket won’t make it easy for the batsmen. The weather will be humid and the temperatures will hover around 30 degrees

Jason Roy has arrived in Chennai after being signed by the SRH as a replacement to Mitchell Marsh. However, the destructive opener won’t be available for the first few games as he’ll have to undergo seven days of quarantine before joining the squad.

The English opener has been in India for a while and must have got used to the conditions. He was in top form in the ODI series against India and notched up a hundred and a fifty in the three innings. A brisk knock from Bairstow will allow Warner to get set and take the innings forward.

Despite not having the best of the last season, Andre Russell’s skills can’t be counted out. On his day, he can single-handedly win the game for KKR. 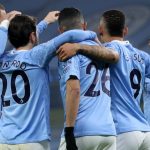