IPL 2021 is off to a magnificent start as every game in the tournament till now has been a blockbuster. Something similar can be expected when Rajasthan Royals and Delhi Capitals face each other at the Wankhede Stadium in Mumbai. Both RR and DC have played a game each and had contrasting results. While the Royals lost a nailbiter to Punjab Kings, Delhi picked up a dominating win over Chennai Super Kings. Looking at the quality of batting in both teams, fans should brace themselves for a high scoring thriller.

Most successful players in matches between Rajasthan Royals and Delhi Capitals

Among the current players, Delhi skipper, Rishabh Pant has scored the most runs (225) in matches between Rajasthan Royals and Delhi Capitals. For Rajasthan, their skipper, Sanju Samson has accumulated 160 runs vs Delhi Capitals.

Amit Mishra has picked up 20 wickets for Delhi Capitals against Rajasthan Royals. For Rajasthan, Shreyas Gopal has taken 6 wickets against Delhi. These two leg spinners will once again have the responsibility of containing the opposition on a batting friendly surface of Wankhede. 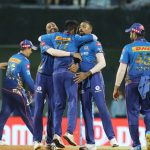 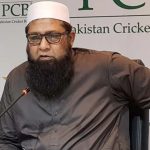