Mumbai Indians are having a torrid time in UAE and have lost all their three matches so far in the second leg of IPL. The biggest worry for the franchise has been the form of two of their middle-order players, Suryakumar Yadav, and Ishan Kishan. The duo has struggled to find the rhythm that has led to Mumbai not being able to post big scores. The top order has not contributed much either.

But still, if there is any team that can make comeback from this situation then it is definitely MI. Yes, they have slipped to seventh on the points table but it’s just a matter of one win.

Meanwhile, their opponents Punjab Kings’ (PBKS) over-reliance on KL Rahul and Mayank Agarwal is clearly visible. Once the openers depart, there has been no support from the middle order. The bowling though has done well.

The match is going to be played at the Sheikh Zayed Stadium in Abu Dhabi. The surface has been two-faced and gets slower as the match progresses. Both teams prefer chasing but batting first will be a wise decision.

Yes, the skipper has struggled in the games so far but that doesn’t take away the quality he poses. He has got good starts and a big inning shouldn’t be too far away. Any given day, Rohit bats for a decent amount of time, Mumbai will end up posting a big score.

PBKS captain Kl Rahul has currently scored 401 runs and has led the team’s batting line-up ably. He seems to be in the form of his life and will be keen to have a good game against MI. 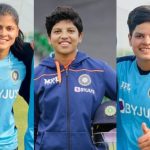 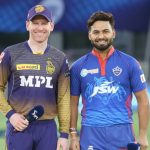