After a slow start to the UAE leg, Mumbai Indians (MI) bounced back as a true champion team and beat Punjab Kings (PBKS) by six wickets. MI’s big match players stepped up and delivered a match-winning performance. All-rounders Kieron Pollard and Hardik Pandya led the charge with ball and bat respectively. This win should have surely pleased the management.

MI’s few out-of-form players like Krunal Pandya and Rahul Chahar too returned to form by keeping things tight in the middle overs. Although the confidence of the team is sky high, there are still some loopholes. MI openers Quinton de Kock and Rohit Sharma have not fired in unison yet and that would be a cause of concern for the management. MI are currently placed fifth on the points table with 10 points, and they can’t afford to have any more slip-ups.

Meanwhile, their opponents Delhi Capitals suffered a rare loss against Kolkata Knight Riders (KKR) by three wickets. The loss should not worry the DC management as they are still placed second on the points table. With still three games to go, DC would be hoping for a top-two finish.

Royal Challengers Bangalore (RCB) are breathing down their neck with 14 points, and Rishabh Pant-led DC would want to win as many games as possible to occupy the top two spots.

The match is going to be played at Sharjah, and so far, the wicket has not been a typical belter of a track. Chasing won’t be the easiest task here given the slow nature of the surface.

Hardik Pandya showed glimpses of a return to form against PBKS with a match-winning knock of unbeaten 40 runs. It was much-needed innings from the junior Pandya after the lack of runs against Sri Lanka. Although he didn’t bowl against PBKS, his breezy knock enabled MI to get over the line. The all-rounder would hope to add some runs against DC and continue the momentum.

Although Kagiso Rabada and Anrich Nortje have hogged the limelight by taking wickets and bowling hostile spells, Avesh Khan too isn’t far behind. So far, the young pacer has taken 18 wickets and is showing a tremendous amount of improvement in each game. 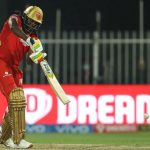 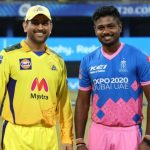