Rajasthan Royals are all set to take on Royal Challengers Bangalore in the Match 43 of the Indian T20 League. The former did secure a thrilling final over victory against Punjab in their first match of the UAE but have been struggling to make an impact post that. RR posted a competitive target of 165 for Hyderabad but couldn’t defend it as the latter won by seven wickets.

RCB on the other hand has finally found the winning ways back. The team faced defeats in their first two games of the UAE leg of the IPL. However, they bounced back stronger against Mumbai Indians to secure a dominating victory by 54 runs. RCB defended the target of 165 as their bowlers exuded sheer dominance to restrict MI at just 111.

Heading into this match, Rajasthan will look forward to punching above their weights to win the match and stay in the race of the playoffs. Whereas RCB will be keen on strengthening their position in the top four. This would thus be an intriguing contest to watch out for.

Both the pacers and spinners are expected to get assistance from the surface of the Dubai International Cricket Stadium. The batters might find it a tad bit difficult to score quick runs owing to the long boundaries.

The skipper has led the team from the front and has put up some dominating shows with the bat. Kohli has smashed two consecutive half-centuries and will be determined to take the momentum further. In the tournament so far, he has chipped in 307 runs. His contributions up the order will be crucial for RCB.

RR has struggled to get back to winning ways but Samson has been a key aspect of the side. He has stood out for the team by exuding his flair and providing some stability in the middle overs. He scored unbeaten 70 runs in the match against Delhi Capitals and then continued his good form in the previous game against SRH as well. Samson hit 82 runs which included as many as seven fours and three sixes. 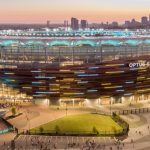 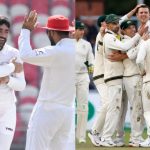