A change in the name from Kings XI Punjab to Punjab Kings has not quite helped them to get rid of the inconsistent tag, which has been attached with them for the past 14 years. The franchise during the first half of the IPL started well by beating Rajasthan Royals in a thriller but failed to display a consistent brand of cricket, which has allowed them only three wins from the eight completed games.

They are also placed sixth on the points table and need to win a minimum of four games from the remaining six matches. Their bowling has been a big letdown, with the teams finding it relatively easier to deal with it. Their batting clicked with ever-reliable skipper KL Rahul leading the way. But the elegant right-hand batter would wish contributions from the rest of the teammates during the remainder of the season. The franchise have added Adil Rashid, Aiden Markram, and Nathan Ellis as replacement players, and it remains to be seen if they give chance to any of them.

On the other hand, Rajasthan Royals (RR) case is slightly different. They were dealt with injuries with their dynamic England duo of Jofra Archer and Ben Stokes missing the first half of IPL. The team also announced Sanju Samson as their new leader before the start of the tournament, and so far, he has done reasonably well. The wicketkeeper-batter was burdened by captaincy but did well with the bat in hand.

Also, his handling of young players Chetan Sakariya and Karthik Tyagi was lauded by all. RR are just placed above PBKS on the points table winning three and losing four. Their big-tick buy all-rounder Chris Morris found some form during the latter stages of the matches in the India leg of IPL. Also, Tyagi was brilliant for them showing maturity in bowling beyond ages. With new players like Tabraiz Shamsi and Glenn Phillips coming on board, the franchise will look to make the playoffs by putting in good performances.

The match 32 between PBKS and RR will be played in Dubai, where generally the pitch becomes difficult to bat during the second half of the innings. The MI vs CSK match too saw MI struggle to get going while chasing. So both Samson and Rahul will hope to win the toss and bat first.

The IPL’s biggest signing came with big expectations and the pressure of a heavy price tag. He has so far not disappointed by picking up 14 wickets. But the contribution with the bat is what people will expect from Morris. He has so far only scored 48 runs from seven matches and Morris will be keen to hit few blows with the bat during the UAE leg.

Undoubtedly the heartbeat of the PBKS team, KL Rahul has carried the team’s batting lineup ably. If Rahul score runs, the team wins more games. He has so far scored more than 300 runs in eight games and will again look to play the sheet anchor’s role to perfection for PBKS. Rahul’s ability to switch gears makes him a dangerous customer. 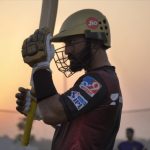 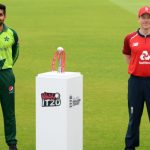