Mumbai Indians wasn’t at their best in the tournament opener, yet there are plenty of positives to take from the game. Despite settling for a below-par score, Mumbai bowlers kept them in the hunt and stretched the match till the final over. In Jasprit Bumrah and Trent Boult, they have two of the most skilled bowlers in their team. Also, Marco Jensen had an impressive IPL debut. The spin department is slightly on the weaker side but the overall strength of their bowling is immaculate.

A lot of Mumbai batsmen got starts but none of them went on to get a big score. However, looking at the quality and depth of their team, those big totals from Mumbai shouldn’t be too far away.

Kolkata Knight Riders, on the other hand, will be pleased with their performance against Hyderabad. They’ll be delighted to see runs from Nitish Rana, who had a disappointing last season. Rahul Tripathi was also very impressive with the bat. However, Eoin Morgan and Andre Russell once again looked out of touch. Their form will be critical for Kolkata’s campaign in IPL 2021.

The bowing was very impressive from Kolkata and everyone, apart from Varun Chakravarthy and Harbhajan Singh, had something to show in the wickets column. Harbhajan only bowled one over which shows that Morgan does not have a lot of confidence in him. We might see either Kuldeep Yadav or Kamlesh Nagarkoti replacing him in the next game.

Pitch Report – The surface in Chennai is expected to be on the slower side thus run-scoring won’t be easy. However, once you get used to its pace, there will be plenty of runs for the taking.

Eoin Morgan preferred Shakib Al Hasan over Sunil Narine for the first game and wouldn’t be in a hurry to bring Narine back in the team. Also, Harbhajan Singh only bowled one over in the match and we could see him warming the bench against Mumbai Indians.

Nitish Rana got off to a blazing start in IPL 2021 and would love to capitalize on that. He has a wide range of shots and with the field restrictions on, he can be very dangerous.

Mumbai Indians have confirmed that Quinton de Kock has completed his quarantine and will be available for selection in the next game. However, Lynn’s inning against RCB should keep him out against KKR.

It has been a fine month and a half for Suryakumar Yadav. He made an impressive debut for India and played some fine knocks. He looked in decent form in the Mi’s first game as well but couldn’t carry on. However, he’s a class batsman and a match winner on his day. 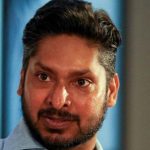 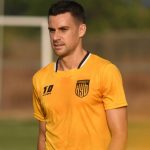