Sri Lanka Cricket (SLC) have granted Dushmantha Chameera and Wanindu Hasaranga permissions to play in the second leg of the Indian Premier League (IPL). Both players were roped in by Royal Challengers Bangalore (RCB) as replacements for Adam Zampa and Daniel Sams respectively. Hasaranga became the most wanted player after his impressive outings in the limited-overs series against India. Chameera also caused plenty of trouble to the Indians during the T20I series. Meanwhile, the Bangalore based franchise also roped in Singapore batsman Tim David, who is considered as one of the cleanest strikers of a cricket ball.

Virat Kohli-led RCB is yet to win an IPL trophy but the ‘Men in Maroon’ have got off to a brilliant start in the season, winning five of their seven games. The second leg of IPL will kick off with a match between Mumbai Indians (MI) and Chennai Super Kings (CSK). RCB play their first game on September 20 against Kolkata Knight Riders (KKR) in Abu Dhabi. Harshal Patel was magnificent for RCB in the first half and accounted for 17 wickets in the tournament. Virat Kohli will be expecting a similar performance from him in the UAE as well. Meanwhile, AB de Villiers and Glenn Maxwell also looked in superb form and played few match-winning knocks. At the top RCB have a classy Devdutt Padikkal, who has been very consistent for them as well.

RCB lost several players for the second leg. In addition to Zampa and Daniel Sams, Finn Allen and Scott Kuggeleijn will also not be available. Allen was named in the New Zealand squad for the Bangladesh and Pakistan tours. However, he tested positive for COVID-19 and was ruled out of the Bangladesh series. Also, Mike Hesson will take over as RCB’s head coach after former coach Simon Katich stepped down. 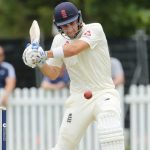 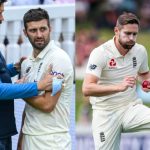