Shakib Al Hasan’s arrival in the Kolkata Knight Riders camp might have threatened Sunil Narine’s place in the starting XI. However, captain Eoin Morgan has backed the West Indian spin bowling all-rounder to deliver in crunch situations. The Trinidadian was signed by the franchise in 2012.

Narine has 127 wickets from 120 matches in the IPL. He was one of the key members during KKR’s title run in 2012 and 2014. Shakib was also part of both those triumphs and now returns to the franchise after three years gap. With KKR likely to stick with Morgan, Andre Russell and Pat Cummins for their top three overseas slots, there will be a tussle between Shakib and Narine for the final overseas place.

Morgan, ahead of the opening clash against Sunrisers Hyderabad, reflected upon the importance of Narine in this team. He noted that he has delivered in difficult situations even last year. In the 2020 season, Narine picked up five wickets from ten matches while scoring 121 runs at a strike rate of 142.35.

“Shakib and Sunil Narine are no different. In big moments of the game, particularly last year, you would throw Sunil the ball, or you would get him in with the bat because he has been in that situation over and over again. He believes in himself and in the team to go and get through and win that situation.” said the KKR skipper and was quoted by Sportskeeda.

Addressing the addition of Shakib to the mix, Morgan said that it adds great depth to the side. Shakib being a left-arm off-spinner and a much more dependable batsman gives KKR a different dynamic, something which Morgan seems to stress on. With KKR set to travel to different venues for this season, Morgan believes having extra options is always good.

“Given that we have a bit more travel this year and we go from venue to venue, it’s important to have strength and depth in the squad. Shakib Al Hasan gives us a different dynamic in the team. Given that we play at different venues where the conditions change quite a lot, you have a spin-bowling all-rounder who had success in international cricket and IPL at different stages. If called upon, he can definitely deliver,” Morgan added.

When it comes to bowling, Sunil Narine’s lost magic implies that Shakib can get through his four overs doing a similar job like the former. However, Shakib’s batting is a huge advantage ahead of Narine, who is a flashy pinch-hitter to say the least. 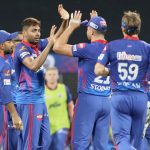