Delhi Capitals and Punjab Kings find themselves on the same plane. Both delivered two contrasting batting performances in their two games. Punjab posted 221 against Rajasthan Royals but were soon handed a reality check by the Chennai Super Kings. Same is the case with Delhi Capitals who made a mockery of 188 run target against Chennai Super Kings but failed to back their performance against Rajasthan Royals.

Punjab’s biggest strength last year was the consistency in their opening partnership which is missing in this season. Mayank Agarwal looks to be going through a lean patch. Given the way Chris Gayle performed in the first game, we could see him swapping places with Mayank Agarwal. In the middle order, Deepak Hooda has played a good knock, Shahrukh Khan batted well in the last game, which is a positive sign.

However, the form of Nicolas Pooran is a cause of concern. Punjab doesn’t seem to have a lot of depth in their team thus even if one of the main batsmen is not contributing, they could be in trouble. Also, they’ll be worried about the performance of their two young Australian pacers, Riley Meredith and Jhye Richardson. The duo needs to get used to the Indian conditions as quickly as possible. The way Shami has bowled will be a big respite though.

Despite a mediocre performance in the last game, Delhi Capitals shouldn’t be too worried as Prithvi Shaw, Shikhar Dhawan, and Rishabh Pant has shown enough promise with the bat. Also, in comparison to Punjab, Delhi have far more depth in their batting.

However, Ajinkya Rahane has been a big let down and there are high chances that Delhi might look to replace him in the next game. With Rabada back, the bowling looks even more lethal. Chris Woakes, Avesh Khan and possibly Anrich Nortje will pose a stern challenge to the Punjab batsmen.

Pitch Report – The wicket seems to get better in the second innings thus toss can turn out to be a crucial factor in the game.

Anrich Nortje is expected to be back in the playing XI in place of Tom Curran.

Prithvi will be a key wicket for Punjab. He is someone who will keep the scoreboard galloping till the time he is on the wicket.

Mayank Agarwal hasn’t been in the best of nick thus we could see Chris Gayle swapping positions with him. Also, one of Riley Meredith or Jhye Richardson can be replaced by Chris Jordan.

Rahul has a fantastic record at Wankhede and has four 90+ scores in his last 5 innings. Being the skipper, he’ll be keen to lead from the front and play a decent knock. 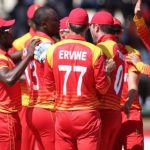 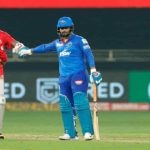