The league stage of the ongoing Indian Premier League (IPL) came to end on Friday (October 8). The final league stage between Royal Challengers Bangalore (RCB) and Delhi Capitals (DC) was an absolute thriller and ended RCB’s way with Srikar Bharat hitting the six off the final ball.

DC would be feeling hard done by that bitter loss because they dominated the majority of the match. Nonetheless, the bigger picture is they are still in the playoffs and will get two attempts to make it to the finals of the T20 extravaganza due to being placed first on the points table. DC though would be keen to make it to the final on the first attempt in the Qualifiers 1 against CSK. The Capitals have played a fearless brand of cricket during the 14 games in the league stages. Each of the players has performed and have stepped whenever the team has needed.

The batting looks good, with Shikhar Dhawan and Prithvi Shaw finding some form against RCB. The only concern for DC would be runs from the middle order batters. Barring Shreyas Iyer, the rest have not shown enough consistency.

Meanwhile, CSK have strutted along the way with three losses after making it to the playoffs. The third defeat against PBKS exposed their weakness in the middle order. Apart from Faf du Plessis, the rest of the batters could hardly get going and that might start to worry the team. Suresh Raina is still not hundred per cent fit to play and by the looks of it, he won’t play Qualifier 1. The head-to-head record is favoring CSK with 15 – 10. DC though have beaten CSK two times this year.

The match is going to be played at the Dubai International Stadium, a ground where the pitch has remained the same throughout the game. Chasing has been preferred at this stadium and both skippers will look to do the same after winning the coin toss.

Capitals opener Shikhar Dhawan got back to runs against RCB by scoring a crucial 43 runs. He stepped up for the team when there were questions raised against him. The southpaw’s timely return to form is a good sign for DC management. Against CSK’s opening bowlers, Dhawan’s attacking style of play can put DC in the driver’s seat.

CSK opener Faf du Plessis has been fabulous for the team. So far, he has scored 546 runs in 14 games and has looked assured at the crease. The experienced player also scored 76 against PBKS and played the sheet anchor’s role perfectly. The 37-year-old will be keen to continue with the same form and help CSK get off to a good start. 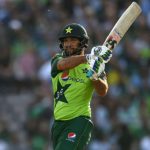 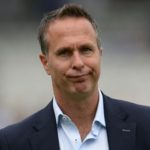