Kolkata Knight Riders (KKR) have exuded some great character in IPL 2021 by registering impressive wins in the UAE leg. The team bounced back stronger in the second half of the IPL and has displayed its dominance so far. The Eoin Morgan-led side defeated Royal Challengers Bangalore (RCB) in the Eliminators to advance to Qualifier 1.

In the crucial encounter against the in-form Delhi Capitals, KKR restricted the side to a total of 135 and won the match by three wickets to make it to the finals. The contributions of their top-order batters have been crucial in the success of the team. Their spinners and pacers also rose to the occasion to let the team experience a turnaround. They will now face Chennai Super Kings (CSK) for the summit clash.

CSK had a splendid start to its campaign in the Indian leg of the IPL. They continued their good momentum in the UAE leg as well to become the first team to qualify for the play-offs. After the disappointing IPL 2020, the Men in Yellow displayed some great promise on the ground and proved why the team is one of the most successful ones in the history of the tournament.

The MS Dhoni-led side will be eyeing their fourth IPL title when they take on KKR on Friday, October 15. The team will pin their hopes on their openers, who have been outstanding, to build a strong foundation for the side pave way for a title win.

The surface of the Dubai International Stadium is expected to be inclined towards the batters. However, it may get slightly slower in second half of the game which will make chasing a bit difficult.

The batter has been instrumental in providing the team with flying starts throughout the tournament. He has displayed his flair by dominating the oppositions and fetching important runs for the team. Gaikwad has also registered a century in the UAE leg of the IPL and has smashed 603 runs at an average of 46.38 in the league so far.

Narine comes in handy with his excellent all-rounder abilities. He has the prowess to change the fortunes of the game upside down with both the bat and the ball. He has played some match-winning knocks for the team and would have his spirits high to continue his good form. In the Eliminators, he was one of the architects of the team’s victory as he chimed in with crucial wickets and also played a quickfire knock of a 15- ball26 runs. 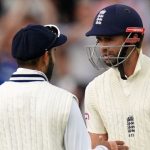 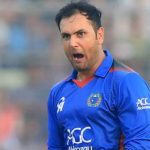